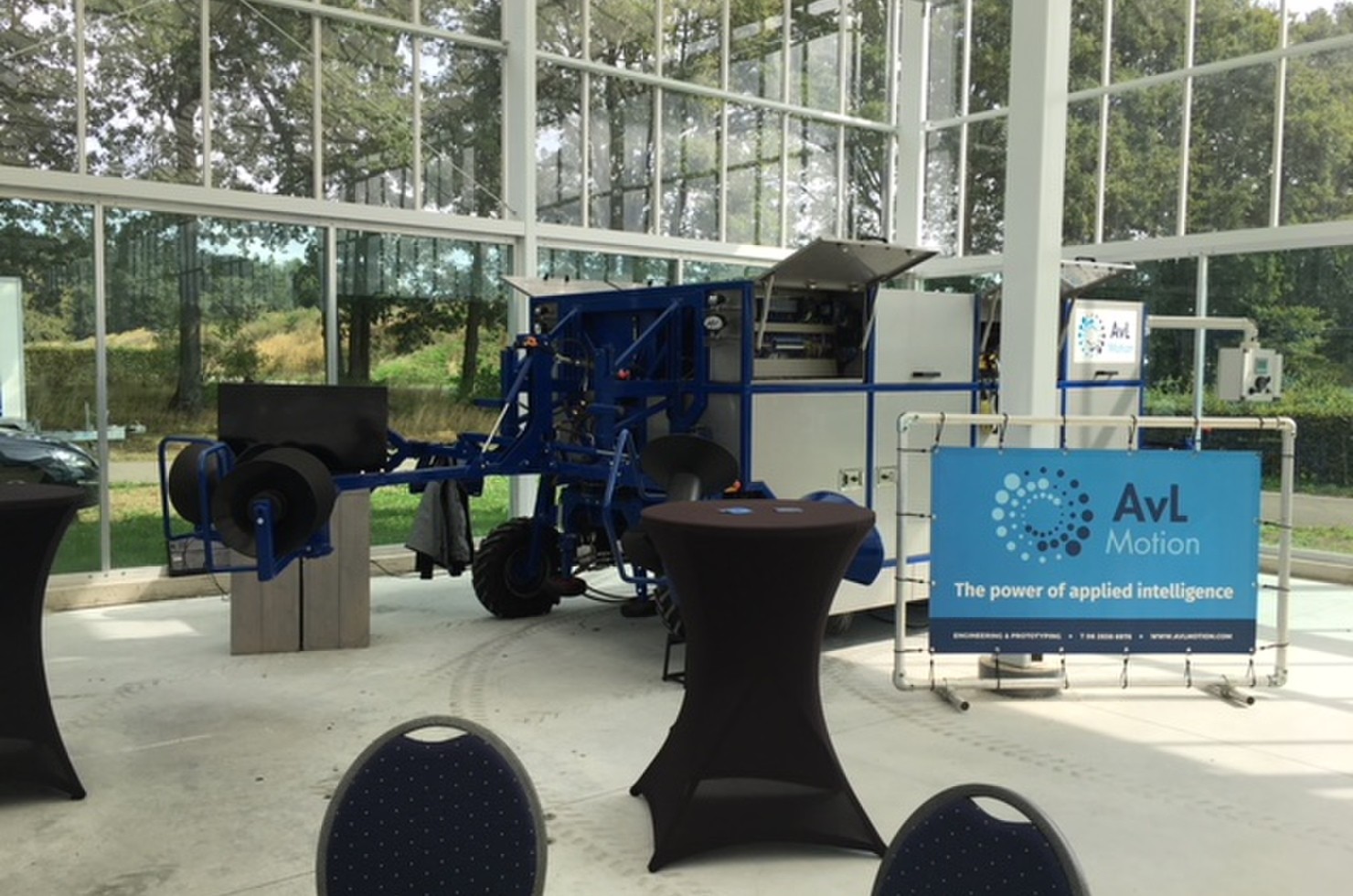 In April of this year, AvL Motion in Westerbeek made a ground-breaking announcement: the very first autonomous harvesting machine for asparagus is now a reality. The company made the announcement before the upcoming asparagus season, so with plenty of time to test the machine in the field. “We’ll only launch the machine on the market when we’ve ruled out any risks and we’re sure that everything is functioning exactly according to plan,” said Arno van Lankveld, owner and founder of AVL Motion, in April of this year. So how are things going with the autonomous harvesting machine?

Successful test season, robot ready for launch
The main focus during the past season was on fine-tuning a number of functions that need to work closely together. Endurance tests and tests for resistance to weather conditions were also performed. Immediately after the machine went into operation, a number of teething problems were solved – for example, in the hydraulic system.

The main functions – the modules that actually harvest the asparagus – are all working well. Good news, because it meant that the machine could be presented to the wider public on the asparagus platform at the end of August this year. In the months to come, the focus will be on implementing improvements, after which the harvesting robot will be absolutely ready for commercial deployment in 2019.

Increasing harvesting capacity, no damage to the bed
One of those improvements means that the harvesting modules are now more compact. For example, in the new design more harvesting modules can be placed within a space of one metre, which has increased the harvesting capacity to fifteen asparagus plants per linear metre. Thanks to the accurate harvesting method, only the asparagus is removed from the bed and almost no sand is removed with it. The bed remains homogenous, as shown by the tests. Which means that the bed doesn’t need to be repaired after each harvesting operation. The plough at the back that is responsible for this repair can be removed by means of a simple quick-change system and replaced with a collecting module with space for around 500 kilos of asparagus. This saves time, because in the past the machine had to be emptied after every row. The plough can easily be put back on the machine if the bed needs to be repaired after an average of two weeks.

Another improvement involves the addition of larger caterpillar tracks that further reduce the soil pressure. This prevents the soil from densifying due to soil compaction when a heavy machine on traditional tyres is deployed between the asparagus rows. This adjustment also helps preserve a high-quality asparagus area.

Harvesting module patented, further development of other functions
Now that fast and accurate operation with the patented harvesting modules has been demonstrated, the machine can be developed further. For example, an option will be added to the machine so that the foil is returned to the same bed (instead of the adjacent bed). As a result, at the end of the field the machine can skip two, four or six beds and process the field in a spiral. This increases efficiency even more because the machine does not then need to turn at the head end. The machine can continue in one smooth movement. Of course, the customer can ultimately decide which system to use. This winter, work will continue on making the harvesting modules more stable in order to reduce the chance of malfunctions even more. The focus will also be on improving the reliability of the machine by adjusting the hydraulic system.

Loyal to corporate vision
AVL Motion’s vision: to provide automatic solutions to problems that occur during labour-intensive cultivation. And always with a passion for innovation and with a solution-oriented, entrepreneurial mindset. In line with this vision, the main focus is always on ease of use. For example, it is now easier to turn the machine thanks to an easy-to-operate radio remote control system. The machine can be viewed more comprehensively by taking a step back. Needless to say, this also improves safety. Lastly, the number of parts can be further reduced by taking a critical look at the design. Because the fewer parts that are used, the lower the risk of damage and outage.

Of course, the compactness of the machine continues to be an important feature. When it needs to be transported from one field to another, the machine easily fits on a trailer so it is possible to quickly switch between plots. It takes just a few minutes to load and unload the machine.

Asparagus robot ready to use in 2019 thanks to innovative test setup
AVL created a test setup in its workshop so that the asparagus harvest could be replicated in a simulation environment. That means that the machine can be developed further during the winter into a production-ready autonomous harvesting robot. All possible risks will be ruled out before the start of the new season and the machine will be functioning completely according to plan. During the coming season, a number of moments will therefore be planned when growers can come and view the machine in its functioning state. From that moment onward, it will be possible to produce the machine on demand.